Ignoring a problem doesn’t make it less of a problem. It can allow a situation to escalate until something breaks.

When the EAF exploded at Carbide Industries, March 21, 2011, the two fatalities were operators working in the control room only 12 ft. from the lid of the furnace. The explosion was violent enough to throw chunks of debris and molten carbide through a window with dual-pane, half-inch thick glass and wire reinforcing. But this was not the first time. The furnace had experienced “blows” (overpressure incidents) many times before, and the glass had been broken before, although without causing any fatalities. Rather than move the control room to a safer location, the plant installed heavier glass. It did this twice, in 1991 and 2004.

While such experiences might cause some companies to reconsider the floor plan, Carbide Industries did not. That alone might say something about its safety culture. It did not view the situation as a violation of any specific safety standard or plant work process. Nonetheless, Rafael Moure-Eraso, chairperson of the Chemical Safety Board pointed out how this reflected the thinking of the company. He said, “When control room windows blew out during previous furnace incidents, the company merely reinforced them, rather than taking the safe course and moving the control room farther from the furnace and investigating why the smaller furnace overpressure events were happening in the first place. It is what we call a ‘normalization of deviance,’ in which abnormal events become acceptable in everyday operations.” 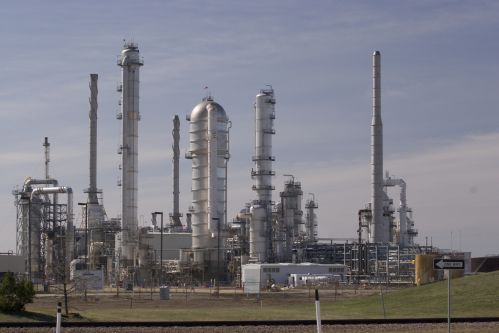 It Wasn’t the First Time

There had been many blows over the years since the furnace had been installed in 1968, and plant employees simply got used to its characteristics. When it did a little “booming,” that was “just the sound of it.” If something is routine, there is no need to investigate the cause. Things that don’t get investigated don’t get fixed. Things that don’t get fixed continue and might even escalate.

While the source of blows was never conclusively determined, two causes were suggested that could have both been correct, and they had a common element: water.

In an environment with so much heat, water is a dangerous thing. When it encounters material at the temperatures common in the furnace, it flashes into steam with potentially explosive force. Small water leaks from the furnace lid would likely be boiled off in mid air from the radiant heat, but if a big enough slug fell far enough, it could cause a pressure spike in the furnace.

In January, 1990, there was an incident at Nucor Steel’s Crawfordsville facility where a crane failure caused a ladle of molten steel to drop to the floor of the casting house. While Nucor disputed some of the accident investigation’s findings, the report said water from the continuous caster’s cooling system had accumulated on the floor where the ladle landed. The resulting steam under the molten steel sent it exploding through the facility causing far more damage than if it had landed in a dry area.

The second water-related problem involved feedstock flow. Water leaking from the lid and getting into the chutes could cause the dry material to stick together and bridge, stopping the flow, even if briefly. Without a constant flow of fresh lime and coke into the process, the molten carbide would get too hot very quickly, even within a minute or two. These were known as “boil up” incidents and caused excess pressure in the furnace. Some were violent enough to fling molten carbide up high enough for it to contact the lid and damage the ceramic lining. Again, these were considered annoyances, but they did not merit root-cause investigations.

There might have been individuals in the plant who looked at these situations and wondered why they couldn’t be fixed. When working in an environment as dangerous as an EAF filled with flammable gas, one has to think the slightest upset would be cause for concern. At the same time, there was possibly an attitude among the people in the plant that they were unfazed, even in the presence of so much potential danger. Perhaps it was meant to show a certain carefree sense of invincibility. For two it didn’t work out so well.

Related Content
Russian Dam Disaster: Assessing the Cost of Failed Safety Practices
When disasters like the Sayano–Shushenskaya hydroelectric power station collapse in Khakassia, Russia, occur, it is difficult to…
Overcome the Element of Tragedy-Slide
The only way to draw positives from such an incident is to learn from the experience so that the same mistakes never happen agai…
Analyzing the Human Element of the Russia Dam Disaster
Having a safety plan in place is not enough to guarantee safety of manufacturing automation operations. In order for risks to b…