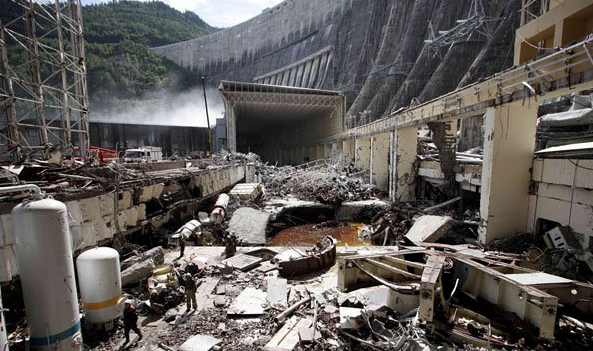 Assessing & Learning From The Tragedy To Build Better Safety Measures

When Turbine 2 broke apart violently at the power station, death and injury were not the only tragic outcome. The flooding of the turbine hall and engine room, and a collapsed ceiling damaged or destroyed 9 of 10 turbines resulting in over a billion dollars in damage.

After the incident other problems needed to be addressed. The penstocks had to be shut down due to repairs, hence the nearby river waters were forced to pass through the spillway. The spillway was not designed to sustain large amounts of water during the winter months because huge blocks of ice would form and partially block the normal flow.  The problem was later resolved by running some of the restored units and by construction of in-rock bypass channels, resulting in more additional costs for the plant.